The late 1930/40’s actress Greta Garbo is reported to have said; “I want to be alone”. Well it’s a good job she didn’t work down dock then, because down there you don’t last long on your own. It’s a great family community, where everyone knows somebody who ‘can do this for you’ or ‘get that for you’.

There’s no fish without boats or fishermen. No fish on the table without the fitters or the buyers, the sellers, the processors, or the lorry drivers… Need I go on?

Down dock, they’re all in it together!

Interdependency has always been a vital ingredient for success down dock and well, in life in general.

That's why the Coulbeck family put their faith in fellow dock companies and organisations by purchasing shares in them. 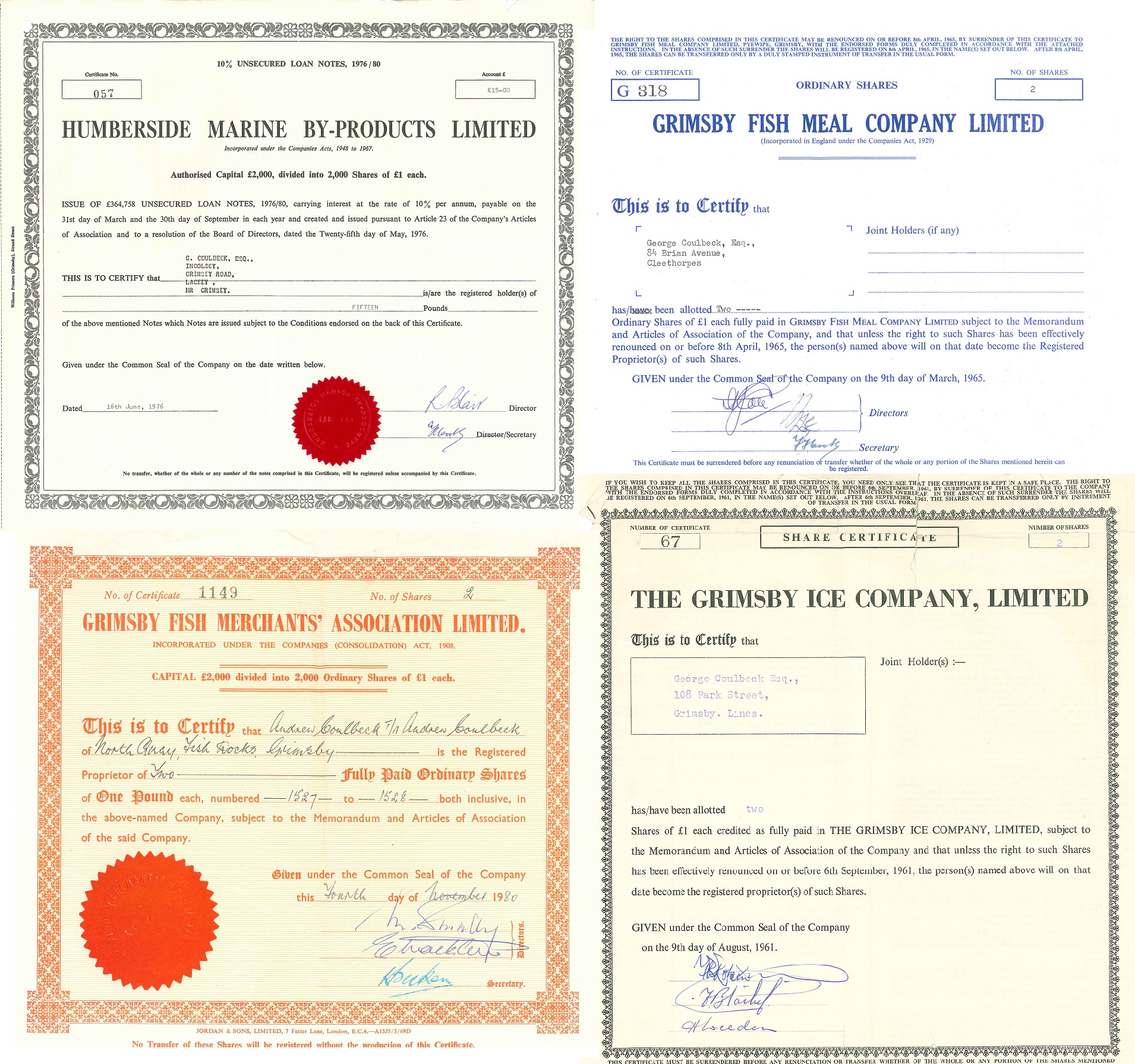 Now, I’m not talking Abramovich share buying here, but simple transactions of trust between fellow firms. Two one pound shares in each!

Nothing that was ever likely to have made them millionaires, but in the words (almost) of 60’s group, The Fourmost “A little giving goes a long, long way.”

More from the blog